This week the MarconISSta team received the finished, custom aluminum housing for the LimeSDR, and it looks great!  Martin showed off the flight model with the LimeSDR inside and allowed the class to pass around the flight spare housing. 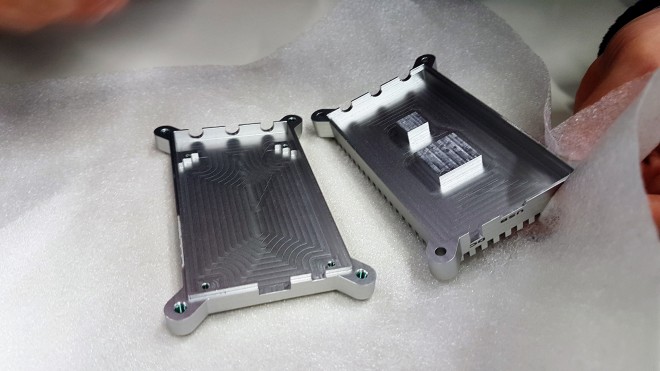 The next order of business was to determine the best way to configure all of the MarconISSta hardware on the desktop panel ESA astronaut and Expedition 57 Commander Alexander Gerst will use to interact with the experiment.  These desktop panels are used by astronauts all over the International Space Station for various tasks because they can easily be attached to any of the number of hand rails.

Busy day at work when you have to take the laptop to the outhouse! Just kidding, we need to follow procedures when fixing the space toilet. pic.twitter.com/zd54QRbvfb

This tweet from the current Expedition 53 Commander, NASA astronaut Randy Bresnik, shows the versatility of these panels as he uses one to mount his laptop while he fixes the ISS bathroom.  The team’s job was to optimize the experiment’s configuration on our mock panel, which is the same size as the one Gerst will use in the Columbus module, and deliver the results to ESA.

Using the 3D printed model of the LimeSDR housing as a stand-in, the team connected the ARISS Pi and switch with their respective cables.  After much debate and experiment this was agreed to be the best arrangement.

Graduate student in the international Master of space engineering program at the Technical University of Berlin. View all posts by Alex